The most exclusive Cuban tobacco of all time, the Cohiba Behike

The most exclusive Cuban tobacco of all time, the Cohiba Behike 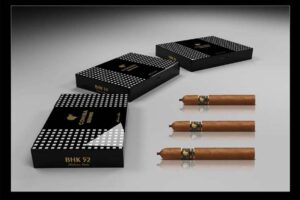 The most exclusive Cuban tobacco of all time, the Cohiba Behike is one of the most outstanding and elitist cigars in the world is called Behike (an aboriginal priest), and today cigar lovers have the aspiration to smoke it even once.

Furthermore, in these moments of social isolation due to Covid-19, and when many people spend hours and hours in their homes, this type of privilege is pursued by devotees of high quality products, such as this cigar from the industry Cuban tobacco company.

Authorities of the sector on the island, at the time explained to market analysts the characteristics of such an outstanding product.

The most exclusive Cuban tobacco of all time, the Cohiba Behike, began to be marketed in different markets around the world in 2010, indicated the international corporation Habanos SA

They appear above all in the La Casa del Habano franchise, with more than 140 establishments throughout the orb. Even a humidor of this product can cost around 15 thousand euros.

The Cohiba Behike is the most exclusive line of this already prestigious brand and appears fundamentally in three formats, BHK 52, BHK 54 and BHK 56.

Such production is extremely limited and incorporates in its blend, in the three vitolas, tobacco leaves called Part time that provides a unique character and flavor. Furthermore, a ring with two identifying and high security holograms is added.

The authorities comment that this cigar becomes the best kept secret of Cohiba, a brand created in 1966 and the first to appear after the triumph of the Cuban Revolution in 1959.

In addition to being symbolic, the brand is the most prestigious in the Habanos SA portfolio and that name, Cohiba, responds to an aboriginal instrument with which the original inhabitants of this island lit the leaves, elements witnessed by Spanish explorers in 1492.

Behike It carries the best leaves from the western Cuban region of San Juan y Martínez and San Luis, in Vuelta Debajo, in the province of Pinar del Rio. All these cigars are made at the El Laguito factory in the capital.

Cuba is famous for its Premium cigars, made by hand, considered the best in the world due to the triple condition of soil, climate and experience of the producers. 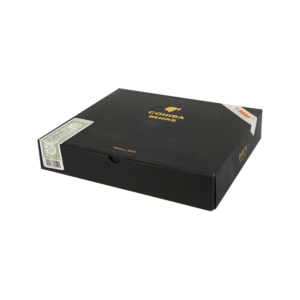 Added to wishlistRemoved from wishlist 1