« Back to the Cigar Directory index 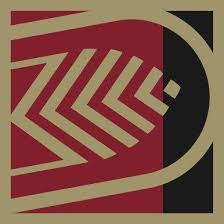 With passion and love for the Cuban cigar, we, with our extensive knowledge, turned a hobby into our job. On October 1st 2016, we opened our store, La Casa del Habano Almere.

Yuri Dijkstra, since 1988 active, as third generation tobacco retailer. First only as employee of the store, The Saloon, the family store of parents. But in 1991, took on an active role as owner of this store. Slowly the passion for the quality cigar grew, as did his knowledge about cigars and their heritage. Profiling himself towards the business as an advocate of the cigar smoker, Yuri quickly became a well known face in the Dutch cigar scene and slowly the realisation grew that this was the next logical step. Eventually the old store was sold in 2016 to completely commit to the Cuban Cigar.

Olav Meijer, originally from an entrepreneurs family in the shoe retail business with a passion on Cuban cigars dating back since 2001. What began as a hobby, soon grew out to acquiring more and more knowledge and collecting rare cigars. Also Olav became a known figure in the Dutch cigar scene and he realized he wanted to continue his entrepreneurship in this field.

As good friends since the age of 4, Yuri and Olavjoint forces to start a store. A store with passion for the Cuban cigar. A store where the vocal point is the customer. A store where one can smoke a cigar in piece and quite with other connoisseurs. The current store is divided over 2 floors and measures some 400 square metres (some 3600 square foot) and is walhalla for all who are focused and passionate, and want to enjoy about their hobby.

We will be happy to hear your thoughts